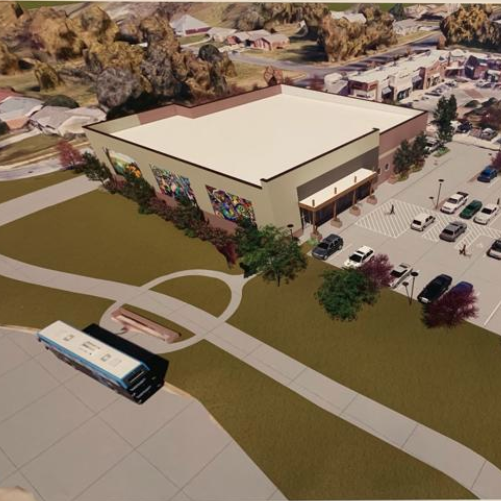 A group that includes a medical doctor and an organic farmer plans to operate a new grocery store on North Peoria Avenue.

Eco Alliance Group LLC unveiled its mission and renderings for the store Tuesday night at a town hall meeting held by District 1 City Councilor Vanessa Hall-Harper at Rudisill Regional Library. Construction could start by the end of the summer, and the store could open in the first quarter of 2020, Hall-Harper said.

“It is huge,” Hall-Harper said before the meeting, which was attended by about 60 people. “I’ve been working on this since 2016, when I came into office.

“We’ve had some bumps and bruises. But it was something that we — I’m talking about (Tulsa Economic Development Corp. Executive Director) Rose Washington and myself — were going to continue to work on until we met our goal of having a quality grocery store in District 1.”

TEDC was awarded a $1.5 million federal grant through the city of Tulsa to build the 16,425-square-foot grocery store at 1717 N. Peoria Ave. Talks with Eco Alliance Group began after investment group Honor Capital dropped its planned affiliation with a north Tulsa store and closed a Save-A-Lot store in west Tulsa in December.

“We’ve talked about a store in the community for a very long time,” Washington said. “We’ve had some near hits. We’re in a place now where we’re almost ready to break ground.”

Known as Project Oasis, the store on Peoria is designed to provide improved access to fresh, affordable food to residents in an area defined as a food desert by the U.S. Department of Agriculture. Once completed, the grocery store will benefit principally low- and moderate-income people, according to guidelines approved by the U.S. Department of Housing and Urban Development.

“My passion for this is the wellness of it,” Froe said. “We know that the majority of our illnesses are related to poor nutrition. If we can get nutrition better, we may be able to help so many things in our world.”

Complementing the grocery store will be a food growing center that Bloom said will benefit the community and large retailers.

“This is going to feel more like a Trader Joe’s than it does a Save-A-Lot,” Bloom said.

The community will have input on naming the grocery store, which is being designed by EWC1 Architects Inc. of Tulsa. Eco Alliance declined to say how many new jobs would result but said employees would earn a “living wage” and higher.